Every radiostation has its name, so does KilRock. When we were thinking about the right name for our radio station, it wasn’t easy to pick the right one at first. Quite important to us was to find a name that would make clear to our listeners what our music format was. Also should the station brand be related to the area our radio station is situated. KilRock is an online radiostation, but a medium wave service as well. It should also be clear to our AM listeners we serve the Dordrecht Kil area on medium wave too.

Although there’s always the risk of misreading the word ‘KilRock’ (‘Killrock’ instead of ‘KilRock), we thought the idea would be a good one. Our radiostation is situated in the Dutch Kil Area, surrounding the city of Dordrecht. The Kil Area borrows its name from the Kil River. So that’s the ‘Kil’-part in KilRock, right? 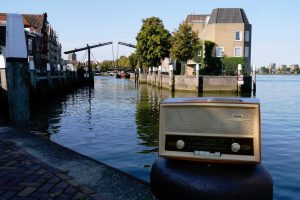 We gave the ‘rock’-part in KilRock a second thought too, because there is a difference in interpretation of what ‘rock’ music should sound like. In the main part of North-America, a more middle of the road interpretation of the term is common, whereas European people use the word rock to specify a rougher kind of music; more like rock ‘n’ roll, hard rock, or even metal or speed metal. Quite a difference ‘ey?

The KilRock music format consists of a few different genres:

Regarding the contents of our format, we decided it would be best to interpret rock the American way.

So that’s where the name KilRock came from and is all about.
And because you know about it, having read this article: please spread the word about our great little free form radio station! (Thanks for doin’ that…)